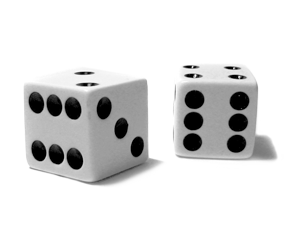 When I was a teenager back in the 80’s, I was an avid “gamer” (although, I believe that the term had yet to be invented). I played D&D and also looked forward to going to the local arcade where anything medieval fantasy-wise would catch my eye and with a feeling of joy and wonder; I would pop my quarters in and put myself into that world. I loved it all: The characters, the weaponry, the magic, the enemies, the gold and other treasures…

One day, this game called Gauntlet arrived at the arcade. For those of you who aren’t familiar with Gauntlet; here’s the breakdown: It’s a medieval fantasy game that takes place in a dungeon. Up to four people can play at a time. There are four different character classes; each with special talents and abilities. So, you and three other players put your quarters into the machine and what ensues is level after level of dungeon travel. This game was relentless! I mean, a real quarter-eater… Things quickly got more difficult with each passing level as the players remained focused on the enemies while at the same time; looked for treasure, food and anything else they could gather up to become more powerful or simply survive!

I thought to myself, “This is D&D dungeon travel transformed into a video game format. Here we are; four of us in this dimly-lit arcade, playing four different characters, fighting, looting and trying to stay alive so that we can begin the NEXT level of deadly chaos.”

Gauntlet was a great game to me and encompassed all that I enjoyed about D&D. So, at 17 years old; I began to think about how I could take this concept and put it into a tabletop, role-playing game format and have at it! –You know; see how far I could go, how powerful I could get and how long I could stay alive…

I decided to create four character classes; old school D&D style: Fighter, Magic User, Thief and Cleric. OK, done. From there, I had to define each class. As gamers, we know how important this is. Thus, began the brainstorming… How do these characters remain unique and also mesh as members of a party? Who can do what and why? And as far as Magic Users and Clerics go; they needed spells (more brainstorming, more notes, spell creation and class development).

Once I had all of that in place, it was time to play! So… how do I do that? This concept was to be a simple one: Combat, treasure, move on to the next level. Repeat. I remember sitting at my desk and looking at my spilled bag of D&D dice and seeing all of the multi-faced dice (which I kind of never liked; I’ve been rolling dice since I was very little and these muti-siders seemed not to suit my purpose). “Keep it simple and comfortable,” I said to myself, “6-siders tend to be around the house  and if not; you can buy them just about anywhere.”

OK, done. Everything in my game was to be based upon die-6. After a lot of scribbling and dice rolling, I came up with a simple character-roll up system (it worked!) and… a no-nonsense combat system (which was crucial to me): I mean; hitting or missing should not feel like a story problem.

So now it was finally time to test it out! I rolled up four characters, gave each what they needed to start, pulled out a sheet of graph paper, and I was stuck…

I sat there staring at this blank sheet of graph paper… “There’s no map”, I thought to myself. “Where do I start? Where am I supposed to go?” In that moment I thought about being my own game master and quickly dismissed the idea. I mean, where’s the fun in that? You can’t GM yourself because there’s no mystery or surprise… I looked over at my 6-siders and I thought about Backgammon… “Luck of the dice.” I said to myself. Then, I thought about Craps, “Luck of the dice,” I said to myself once again. That’s when it clicked. Where I went and what I found needed to be up to a random roll of the dice. I pushed everything back from my desk, took out a piece of binder paper and came up with a table for random dungeon travel. This took awhile… but when I finally got there, I took this concept and ran with it! I made up beast tables, trap tables, treasure tables and more! Everything was random; all based upon die-6. And do you know what? It worked!

OK, so know I felt that I was REALLY ready to play this time!!! And so I did; level after level… rolling, fighting, gathering here and there, amending my rules and adding more as ideas came to me. Finally, I called it good. Labyrinth was now a solid Dungeon Level RPG (as far as I knew).

Labyrinth is something that I have always had with me (whether I was playing it or not). I mean, years would go by and one day I would find my rulebook and think to myself, “Oh yeah, Labyrinth!” And I would roll up some characters and play my game and was happy to discover that my game continued to remain quite enjoyable! 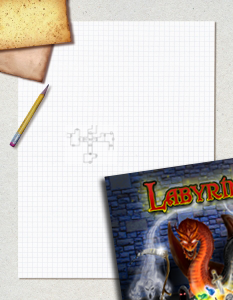 …A little over three years ago, I was going through some boxes and found my now very old Labyrinth notebook. I opened it up, reread it and thought, “It’s good game, why not publish it?” In that moment, I looked upon my game in a whole new light. So, I began having Labyrinth test-played by veteran gamers and those who have never before played a tabletop RPG. I received lots of feedback, took many notes and realized that I had a lot of rewriting to do. Over the course of many months; I made amendments, added things, deleted things and test played over and over and OVER again until the day came when I took a look at Labyrinth (now in Word Document) and said to myself, “It’s done.”: Four characters, a solid combat system, random dungeon travel… I had finally achieved Gauntlet on paper! (Rejoice)

Then one day… I got a crucial piece of feedback! My friend’s roommate read my rulebook and stated, “There’s no end to it. Where’s the reward?” I took a long mental pause…

“Where’s the reward?” I thought to myself. Well, there is none… you just play and play and… wait a minute; looking back to D&D, there was always a mission involved with a purpose and if you lived through it, there WAS a final reward. As a D&D player, that was my motivation: A victory, a job well done, sighs of relief and shouts of joy! And when I remembered playing Gauntlet… yes, I enjoyed getting more powerful and surviving, but there is truly no end to the game.

So, I thought about that for awhile… “Hmmm…” Was there more to Labyrinth than “Gauntlet-like play”?

My passion for medieval fantasy quickly told me, “Yes! Labyrinth shall not be placed within the confines of Gauntlet; Labyrinth is better than that and deserves a realm… nay, world of its own!”

Thus, I created the world of Aezmai and began to write quests. Now; I had not done any creative writing since college (another long time ago), but I came to find that my grasp of the English language had remained somewhat firm as well as my imagination, even after all these years…

So there you have it! What started out as a simple concept with four different characters that were made to plow through level after level of random dungeon travel had now evolved into a new gaming system within a new world!

I had no idea that ten years ago, Labyrinth (now known as Labyrinth Adventures) would evolve into what it is today and I am pleased and proud of the results. This game is a lot of fun, easy to play and takes you there… to that place where we as gamers love so much.

In closing, I say this, “Happy traveling to you, worthy adventurers and may the luck of the dice be with you.”